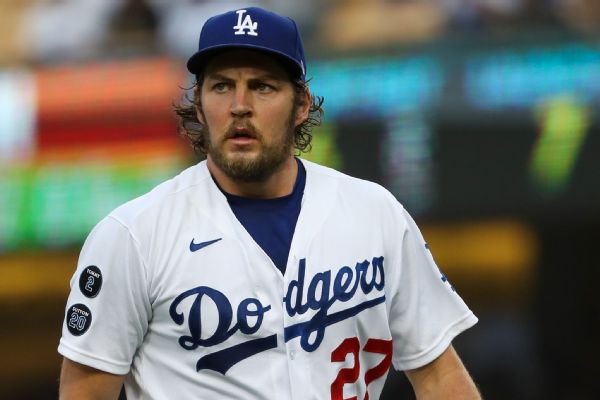 Trevor Bauer was released by the Los Angeles Dodgers on Thursday, six days after they designated the starting pitcher for assignment.

The Dodgers couldn’t find a trade partner by Thursday’s 2 p.m. ET deadline, prompting Bauer to be placed on the release waivers that ultimately make him a free agent. The Dodgers owe Bauer his remaining salary of $22.5 million in 2023 but will save $720,000, the major league minimum, if another team decides to sign him.

Bauer, who will turn 32 on Tuesday, hasn’t pitched since he first faced sexual assault allegations in the middle of the 2021 season. Ten months later, Major League Baseball commissioner Rob Manfred handed Bauer a 324-game suspension, twice as long as the previous longest penalty under the league’s domestic violence policy. Bauer appealed, triggering a seven-month grievance process that ended with an independent arbitrator ruling Dec. 22 that Bauer’s suspension would be trimmed to 194 games and he would be reinstated immediately.

Bauer, who will be docked pay for 50 games at the start of the 2023 season, won the National League Cy Young Award as a member of the Cincinnati Reds during the COVID-19-shortened 2020 season. Bauer joined the Dodgers in February 2021 on a three-year, $102 million contract but didn’t pitch beyond June 28 of that year.

The next day, a then-27-year-old San Diego woman filed a request for a domestic violence restraining order in which she alleged that Bauer assaulted her over the course of two sexual encounters at his home in Pasadena, California, in April and May 2021. The accusation prompted a prolonged MLB investigation that left Bauer on administrative leave for the remainder of that season.

Bauer, who has denied wrongdoing at every turn, claimed two legal victories in the aftermath, first when a Los Angeles judge dismissed the woman’s request for a permanent restraining order in August 2021 and then when the L.A. District Attorney’s Office declined to file criminal charges in February 2022.

But two other women made similar allegations to The Washington Post, and MLB subsequently acted with unprecedented force.

The Dodgers abstained from publicly commenting on Bauer over the past year and a half and have no plans to do so in the near future. As part of a statement from the Dodgers made when they designated Bauer for assignment, the team said: “Two extensive reviews of all the available evidence in this case — one by Commissioner Manfred and another by a neutral arbitrator — concluded that Mr. Bauer’s actions warranted the longest ever active player suspension in our sport for violations of this policy. Now that this process has been completed, and after careful consideration, we have decided that he will no longer be part of our organization.”

In the wake of the arbitrator’s ruling, the Dodgers took the maximum amount of time, 14 days, to determine whether to reinstate Bauer onto their roster. During that stretch, sources said, the team’s principal decision-makers reached out to players to gauge their comfort level in welcoming him back into the clubhouse and met with Bauer personally in Arizona.

In a statement Friday, Bauer alleged that the Dodgers “told me that they wanted me to return and pitch for the team this year.”

A Dodgers source familiar with the meeting disputed that claim.