GREEN BAY, Wis. — Not everyone in the Green Bay Packers’ organization is obsessing over Aaron Rodgers’ decision.

At least not in the locker room, where no one knows which way the 39-year-old quarterback is leaning: retire, return or ask for a trade.

That was evident in the comments made by several of Rodgers’ teammates in the wake of Sunday’s season-ending loss to the Detroit Lions that kept the Packers out of the playoffs for the first time in four years.

Defensive tackle Kenny Clark: “I’m going to let him do this thing, man. He’s got his own little thoughts and everything, and just let him handle what he’s got to handle.”

Running back Aaron Jones: “That thought never even crossed my mind until you, honestly, just said it. … I hope he’s back. I can’t even process that.”

Wide receiver Allen Lazard: “I don’t know where I’m going to be at; can’t worry about somebody else.”

That’s not indifference; it’s the business of the NFL.

Clark has the Packers’ inconsistent defense to concern himself with.

Jones has a contract situation. He’s due a $7 million roster bonus in March that’s part of his $16 million pay for 2023 — which always seemed unlikely to remain in its current form when he signed his four-year, $48 million contract in 2021 — so a restructure or renegotiation is likely.

Lazard, who was in the final year of his contract, has the chance to test the market as an unrestricted free agent for the first time in his career. In relative terms, Lazard hasn’t had a big payday yet. He has made slightly more than $6 million since he entered the NFL five years ago, which isn’t much for a starting receiver.

The front office and coaching staff, however, need to know what Rodgers is thinking sooner than later. Their entire offseason plan is contingent upon whether Rodgers or 2020 first-round pick Jordan Love is their quarterback for the 2023 season. 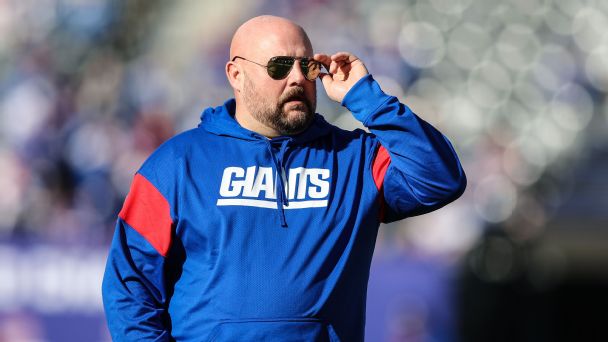 Rodgers used the same wording earlier this week that he did after the 2021 season when asked about a timeframe for his decision.

“I’m not going to hold them hostage,” Rodgers said. “I understand [the ramifications]. We’re still in January here, March is free agency, so I just need some time to get the emotion out of it and figure out what’s best.”

Last year, he announced on March 8 his decision to return for the 2022 season. His three-year, $150 million contract extension was completed shortly thereafter. If he plays in 2023, he’s owed a $58.3 million bonus plus another $1.165 million in salary, bringing his total guaranteed money to nearly $59.5 million if he plays.

The contract limits other options. It makes it unlikely the Packers would cut him, because they would still owe him the guaranteed money for the 2023 season regardless of whether he plays.

A trade would require the other team to inherit the contract or get Rodgers to renegotiate. It also would force the Packers to carry a huge chunk of dead money ($40.3 million) on their 2023 salary cap unless a team were to agree to wait until after June 1 to make the deal, in which case the cap hit would be $15.8 million in 2023 and $24.4 million in 2024.

If Rodgers were to retire, it could be designated as a post-June 1 move to allow the dead money to be spread out over multiple cap years, just as if he were traded.

At this point, the Packers’ top football decision-makers, general manager Brian Gutekunst and coach Matt LaFleur, have publicly stated their desire for Rodgers to return. That doesn’t mean they feel the same way behind closed doors. The Packers almost certainly expressed their true desire during meetings with Rodgers this week before he was scheduled to leave for his offseason home in California.

But if it’s truly Rodgers’ decision, don’t expect anyone to try to influence it. Not even his best friends on the team.

“I’m not gonna be a voice at all,” said left tackle David Bakhtiari, who rode to practice every day with Rodgers in a golf cart that he bought for the quarterback.

“I think for him, this is his own personal journey. I’m there, obviously, if he needs anything from me, but I’m not gonna influence his decision. That’s his decision to make. If you ask me, of course, I’ve always been a person there to help do that, but I don’t wanna influence him at all. This is his life.”

Same with receiver Randall Cobb, who walked off Lambeau Field and through the tunnel on Sunday with his arm around Rodgers.

“That’s my brother, that’s the man who stood in my wedding, that’s the godfather to one of my kids,” Cobb said. “It’s way bigger than football for us. Obviously, we’ve had a lot of moments together. We’ve spent a lot of years together on this team in Green Bay here. We’ll see where life takes us.”