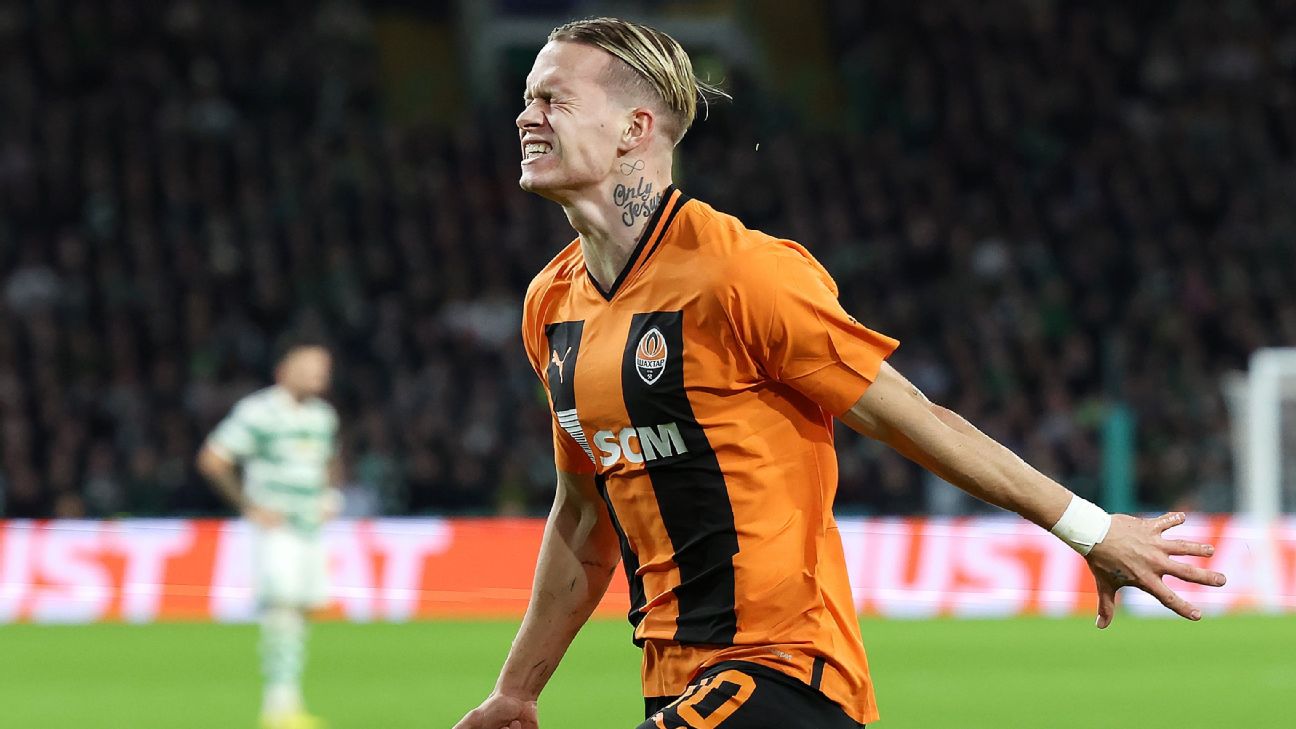 Chelsea look set to hijack Arsenal‘s pursuit of Mykhailo Mudryk after agreeing a €100 million deal with Shakhtar Donetsk for the winger, sources have told ESPN.

The bid comprises a fixed fee of €70m with a further €30m in add-ons, matching the Ukrainian club’s valuation for the transfer of the 21-year-old.

ESPN reported on Friday that Arsenal had made a third offer for Mudryk but that Chelsea were still expected to table a bid of their own despite signing Joao Felix on loan from Atletico Madrid until the end of the season.

Arsenal have made most of the running in attempting to sign Mudryk, who had hinted in several social media posts that he was open to moving to Emirates Stadium.

However, a source with close knowledge of the deal told ESPN that Arsenal were still attempting to negotiate the structure of payments and the various performance-related achievements that would constitute the add-ons.

Conversations progressed rapidly and Chelsea are now confident of agreeing personal terms with the player.

Sources have told ESPN that Arsenal always felt the player preferred to join them but Chelsea are at an advanced stage in negotiations with Mudryk’s representatives over a long-term contract.