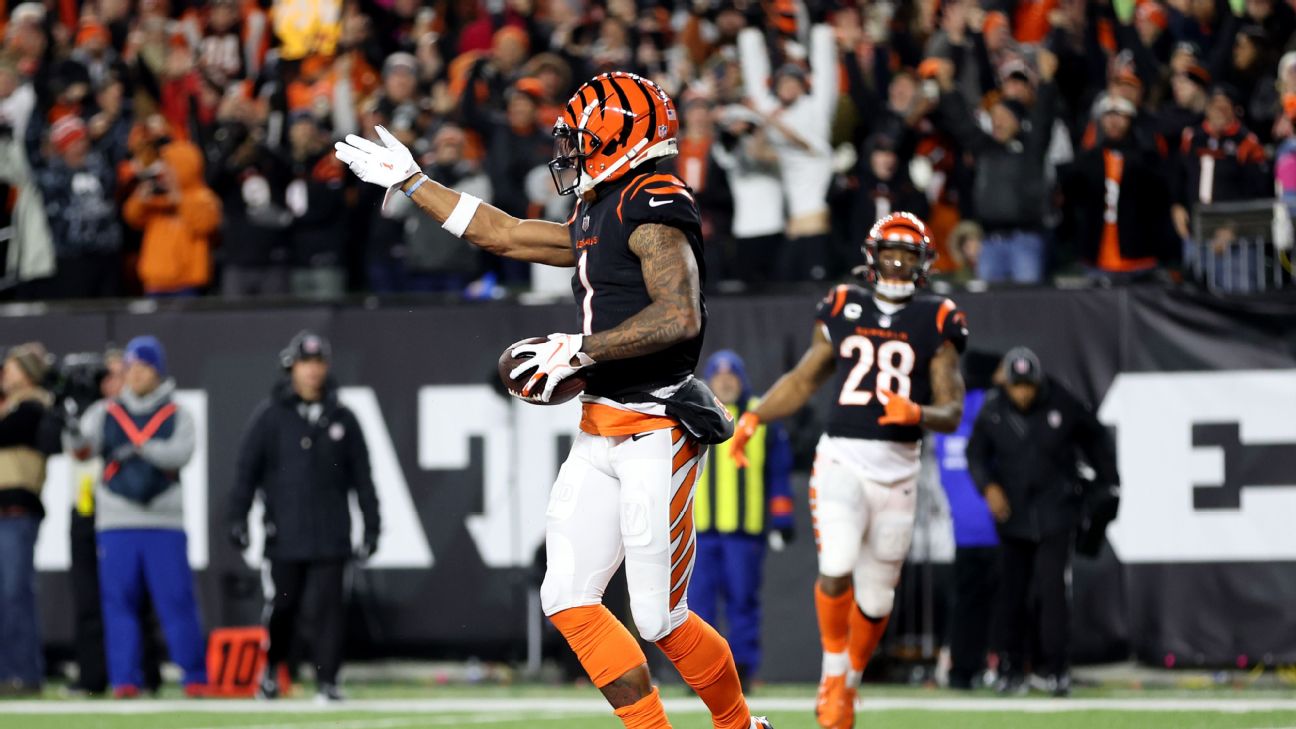 CINCINNATI — The old college teammates linked up for an early touchdown in Sunday’s AFC wild-card playoff game between the Cincinnati Bengals and Baltimore Ravens.

On the opening play of the second quarter, Cincinnati quarterback Joe Burrow found wide receiver Ja’Marr Chase, his ex-LSU teammate, for a 7-yard touchdown pass to give the Bengals a 9-0 lead with 14 minutes, 56 seconds left in the second quarter (they missed the PAT).

Burrow leaned on Chase early in the game. Of Burrow’s first 15 pass attempts, six of them were in Chase’s direction. He caught all six for 52 yards and that touchdown.

The connection between the two helped the Bengals overcome a penalty as Cincinnati approached the goal line. After Cincinnati left tackle Jonah Williams was whistled for holding to put the ball back on the Ravens’ 19-yard line, Chase turned a Burrow pass into a 12-yard completion, putting the Bengals in a manageable distance before they linked up again for the game’s first touchdown.